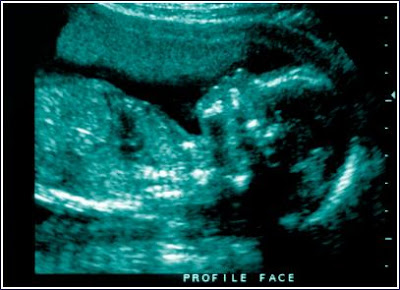 .....
How to Talk to Democrats About Abortion: Five Strategies for Making the Pro-Life Case by Eric Pavlat [from an October 5, 2007 article on the InsideCatholic Blog-site]

You can read the entire article at the link here.

In the 1970s, when about 40 percent of Democratic congressmen were pro-life, the party had a seemingly insurmountable hold on the House of Representatives. Now, less than 15 percent are pro-life, and they're in an ever-shrinking House minority. Meanwhile, the big Democratic success stories in 2004 were the new representatives in Iowa, Missouri, and Michigan, as well as new Democratic governors in West Virginia and Louisiana. All of these victories were won by pro-life Democrats.
.....

The proposed strategies are:

Strategy #5: Discuss the Science of Fetal Development
.....
Each are well researched and explained in the article.
.....
Posted by uncle jim at 2:45 PM

Glad I stopped by. Thanks for the info and the link. Will have to check it out when I get the kids in bed!

looking forward to it

Oh gosh, look at you -- pictures and everything. I am sooooo jealous!
You are one of those smart people that scare me.

adrienne,
I got my first advise from both Adoro, and Fr V at Adam's Ale. Then I played with it...a lot. I was so frustrated at first I almost canceled the blog account.
Honest to goodness, we newbies gotta stick together or we'll give up. The old timers we're copying from or learning from were where we are not too long ago. So write to me and I will to you and will hold up each others hands.

The link is excellent! Another thing Catholics need to understand is the link between birth control and abortion.
In the class I teach on birth control at church I do a timeline starting roughly at the legalization of birth control through all the most important court cases covering abortion, homosexuality et al, and ends up with our current arguments for killing our old and infirm people. I refuse to call the latter euthanasia or the killing of babies "pro-choice".

I think birth control is something that will help reduce abortions and I'm all for teaching kids about it. Fewer pregnancies means fewer abortions. And I don't think homosexuality is something the government needs to legislate at all...that's a totally personal issue.

Most artificial birth control methods actually promote a spontaneous abortion of the zygote [a cell formed by two gametes, one from the male and one from the female] which is left with nowhere to attach to the uterine wall. The uterus becomes a hostile environment for the newly forming baby and it is aborted. That is why a couple who, with good reason, decides it is not a good time to conceive, may use NATURAL birth control methods approved by the Church. Once the egg is fertilized, to negate or neutralize its potential for continued development, is tantamount to intentional abortion.
The Catholic Church does a wonderful job of explaining the completeness of it's teaching, but most people don't want to read / hear about it.

Homosexuality itself is not a sin. Sex with a person of the same sex is, as is sex outside of marriage.
We are not free to sexually gratify our self whenever and wherever and with whomever we choose. It is rightly ordered in the context of a consenting man and woman in bonds of marriage. Another area that the Catholic Church addresses and explains very clearly, exposing us to God's plans and love for us. Most people won't avail themselves of the information.

We must follow our conscience, but we are duty bound to rightly form them, and that usually involves a little effort to find and read and understand what God intends.

There is a wonderful 'GUEST Post' below on Monday October 8 from blogger Adoro Te Devote addressing abortion issue from her personal experiences.