when do I run out of money?
A young boy enters a barber shop and the barber whispers to his customer, 'This is the dumbest kid in the world. Watch while I prove it to you.'

The barber puts a dollar bill in one hand and two quarters in the other, then calls the boy over and asks, 'Which do you want, son?'

The boy takes the quarters and leaves the dollar.

'What did I tell you?' said the barber. 'That kid never learns!'

Later, when the customer leaves, he sees the same y 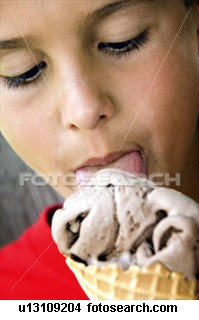 oung boy coming out of the ice cream store & says, 'Hey, son! May I ask you a question? Why did you take the quarters instead of the dollar bill?'

Will others speak up for the unborn?

Here's to you,
NOTRE DAME

a tip of the ole chapeau to Ebeth Weidner

the Ballad of Timothy Geithner

my taxes are filed
and ON TIME
Thanks to Adrienne and Jennifer over at the Morning Buzz.

Can you say "OUTRAGE!"

Let the government do it -
they can do it better than we can!

In February of 1995, President Bill Clinton signed the United Nations Convention on the Rights of the Child. Early opposition in the Senate persuaded Clinton not to risk submitting it for ratification.

The Convention...obligates signatory nations to conform their laws to its articles; ...articles extend...such rights as...to include the “freedom to seek, receive and impart information and ideas of all kinds, regardless of frontiers, either orally, in writing or in print, in the form of art, or in any other media of the child’s choice.”

The Convention allows for children to protest, through legal channels, parental limit-setting of almost every sort, ...even to protest parental discipline. The language...clearly establishes the state as the final authority where the raising of children is concerned.

In February of 1995, at the urging of his wife (now Secretary of State), who just happens to be one of the world’s most ardent children’s rights advocates, President Bill Clinton signed the United Nations Convention on the Rights of the Child. The major media paid almost no attention to this momentous event, giving Clinton a free pass. Thankfully, early opposition in the Senate persuaded Clinton not to risk submitting it for ratification. The UNCRC has been in legislative limbo ever since…until now.

The Convention is an international treaty that obligates signatory nations to conform their laws to its articles, certain of which extend needed protections to children, including protection from sexual exploitation. No sensible, moral person would argue with that. Other articles, however, extend to children such rights as “freedom of association” (Article 15) and “freedom of expression (Article 13).” The latter is written to include the “freedom to seek, receive and impart information and ideas of all kinds, regardless of frontiers, either orally, in writing or in print, in the form of art, or in any other media of the child’s choice.” It is pertinent to note that “child” is defined as anyone under age eighteen. One can assume, therefore, that these rights activate at birth.

Yes, the freedoms in question are subject to limitation, but not at the discretion of parents. Nuances of that sort can only be exercised by the state. Parents are permitted to provide “direction” to the child in keeping with the child’s “evolving capacities,” but nowhere in the document is their authority recognized.

Government intrusion into child-rearing matters is already a reality and has been for some time. But this is not mere intrusion; this is the replacement of parental prerogative by the state. The Convention allows for children to protest, through legal channels, parental limit-setting of almost every sort (Article 16: No child shall be subject to arbitrary or unlawful interference with his or her privacy….), even to protest parental discipline. The language, often recklessly vague, clearly establishes the state as the final authority where the raising of children is concerned. As such, the document could more accurately be called the United Nations Convention on the Abolition of Parents’ Rights.

This time around, Senator Barbara Boxer (D-CA) is one of the champions of ratification. She gave the Obama administration a March 23 deadline, already expired, for moving toward ratification. I think it’s safe to say that she (and many of her same-side-of-the-aisle colleagues) wants this over and done with before the American public is fully informed. During her confirmation hearings, UN Ambassador Susan Rice expressed support for the treaty, but did not agree to Boxer’s desire for hasty ratification.

For more information on the UNCRC and to sign an online petition calling for a much-needed Parental Rights Amendment to the Constitution, go to www.parentalrights.org 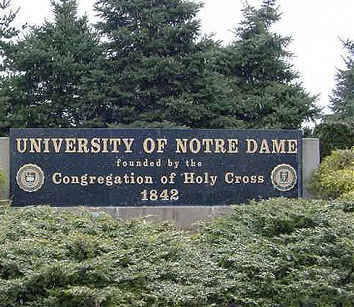 This site is now up and running.

Get out your reading glasses - lots here to digest.
Posted by uncle jim at 5:50 PM 1 comment:

"Laugh Your Way to a Better Marriage"

This has been around for a year or so, but maybe you've never seen it. Share it with your spouse...maybe even view it together.

So set back, put up your feet, and relax.
Learn why you are different from your spouse.
[10:38]

love him or hate him

On today's broadcast he got personal.