who wants to be a Bishop? 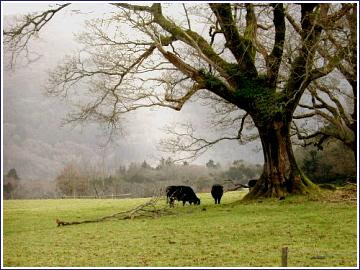 Receiving Messages from God in Ireland?
by Deal W. Hudson
06/11/08
. . . . . . . . . .
In a remote city in central Ireland lives an alleged locutionist named "Anne." For the past five years she says she has been receiving auditory messages from Jesus Christ, His mother, His father on earth, and a variety of saints, including the great mystic St. Teresa of Avila. Anne's apostolate, Directions for Our Times, has "lay apostles" in 31 countries and sponsors monthly prayer groups in 43 of the United States.

Over 700,000 of the books containing these messages have been distributed throughout the world in English, French, and Spanish, while versions in Chinese, Dutch, German, Lithuanian, Polish, and Portuguese are nearly complete.

Married to a farmer and the mother of six children, Anne does not travel much and has not traveled at all in the last 18 months. "I only travel when I am specifically told to," she told me a few days ago when I interviewed her in the living room of her mission. When she does, it is usually to participate in Eucharistic Days of Renewal, which she leads with permission from her bishop.

Archbishop Edwin O'Brien of Baltimore, Maryland, has sent a "letter of understanding" to Father Alvaro Corcuera, the superior general of the Legionaries of Christ, setting forth the conditions under which he will allow the group to be active in the Baltimore archdiocese. The archbishop's letter, written after a meeting with leaders of the Legionaries, is posted on the web site of the Baltimore archdiocese.

"Knowing that your willingess to accept the discernment of ecclesiastical authority is but a further proof of the authenticity of the charisms of the Legionaries and Regnum Christi, as pastor of the local Church in Baltimore I need the following from you," Archbishop O'Brien wrote, adding a list of stipulations.