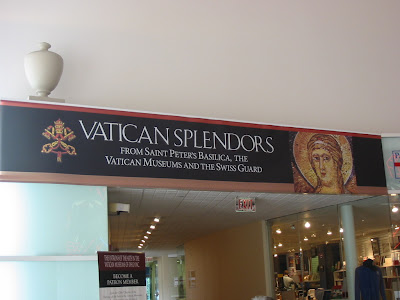 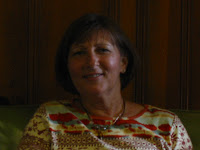 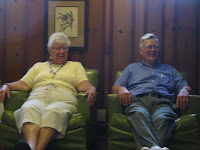 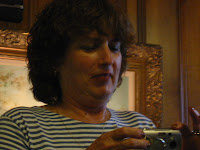 Fr. John Valencheck, of Adams' Ale, conspired with some of his local Cleveland OH blog-o-sphere friends to have a get together. The event was highlighted by a group outing to see the Vatican Splendor exhibit now starring at a local museum. It had been in St. Petersburg FL before coming to Cleveland since May, and next goes to St. Paul MN. 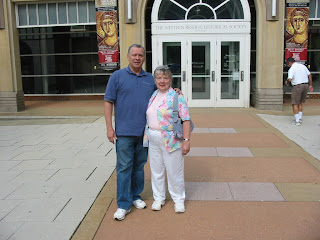 Several blog-o-sphere friends from out of town made the trip to Cleveland and Akron to be part of the festivities. Aunt Rozann accompanied me, and Adoro Te from the Twin-cities area of MN made the trip, as did Fr. Kyle Schnippel of Called By Name from Cincinnati. Others included LM, and MJ, and Sparky, and various combinations of initials and monikers - all now uncovered and gone public in a small kind of way. 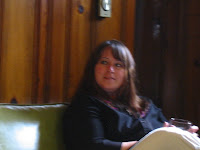 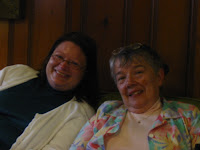 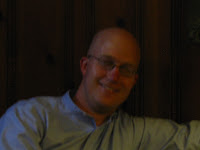 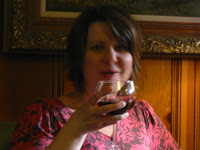 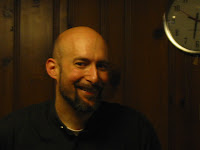 And a great time was had by all.

Great pictures and great memories!! I miss everyone all ready! I'm so exhausted but it's a good exhaustion, what a wonderful weekend!! Love seeing old friends and making new ones!!

we'll look forward to the next opportunity. it was good to be together with you and the others.

It WAS a great weekend, and I miss you all, too! Am working on uploading pics, most will not appear on my blog, but I will forward them via email. Some turned out pretty well...MJ saw them.

I have GOT to get out there again somehow!

it is NOW OK for you to roam about - but ONLY to visit those you have now met - it is too dangerous to just start visiting all the lurkers who comment on your blog ... use some common sense ... we could have been dangerous to your health and well being.

BUT...I hope the visit was good for you - hope for the future - the world is not all bad and full of perverts.

Looks like you guys had a great time! I sure wish the exhibit would stop by Vegas (somehow I doubt it will).

Great pictures! thanks for sharing. I also had a great time... We definitely have to meet before I enter. However, I'm REALLY going to miss the freedom (or perceived freedom) to visit you all when I want... so you all will HAVE to visit me when you're back in town.

Thank you so much for coming down! Enjoyed you and Aunt Rose much once again! For some reason my computer won't post pictures but I'm working on it!

Fr V,
FYI
the panelling in the basement conference room where the pix on my blog were taken is the EXACT panelling I am now covering with wall-board / dry-wall in my tv /laundry room.

What fun! Sorry I couldn't be there. Thanks for the pics....

Aww, I love you all, and Uncle Jim, have no fear that I'll run around meeting whoever! This was a special trip....and I have the feeling that youd'all KILL me if I ever did anything dumb.

It's nice to have so many brothers who care. :-)