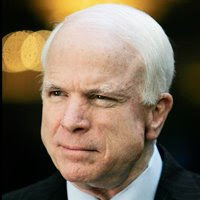 The Indiana primary is now history. So is North Carolina. Depending on which pundit you're listening to, so is Hillary. She carried Indiana, barely. She got trounced in North Carolina. It would appear that Sen. Obama is going to be the Democratic nominee to run against John McCain.

I cannot count how many friends, relatives, acquaintances I have talked to that were backing one or the other - Hillary, or Barack. The issues were similar: jobs, economy, Iraq, 'get rid of Bush'. None of them said anything about "...because he/she is pro-choice". 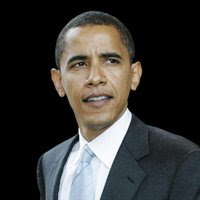 Abortion was not even on their radar. Try to talk about it and they get defensive, and have rationalized 'that issue' because of the other issues which both of these candidates have 'promised to fix'.

How much money in my pocket does it take to get me to back one of these two, and let thousands of lives be sacrificed? The amount being offered must be enough, because millions have sold out for it. 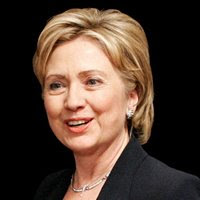 . . . . . . . . . . . . . . .
Article . . . . . . . . . .
When Hunter was a baby, Pat never imagined parenting him would mean becoming trapped in an argument that would last 15 years. From the time he was old enough to express himself, it seemed that he was looking for a fight with her.
. . . . .
Recently, Hunter was diagnosed with Oppositional Defiant Disorder, and Pat finally has a name for the behavior that’s been exhausting her all these years. Now, she needs a solution. How does a parent stop the arguments with a child whose primary way of communicating is arguing?
. . . . .
James Lehman:
A day with a child who has Oppositional Defiant Disorder is a series of battles in an undeclared war. It starts when they wake up, continues at breakfast, intensifies when they have to get dressed, and doesn’t end until they fight with you over bedtime.
. . . . .
Parents dealing with ODD need a powerful mix of determination and strength. You can have a child with ODD and a peaceful home. The key is to decide: Are you going to change the world for your child or teach him to cope with it? It’s not practical or effective to try to change the world for your kid. But by setting limits consistently, concisely and clearly, you will teach your child to cope with the world and succeed in it.

One issue voting? I find it even more depressing that people might vote for someone they otherwise cannot stand, and don't believe in anything else he stands for, but will vote because that person is pro-life. It really is not the only issue at hand. The other issues are what are going to change our country and keep it from self-destructing. I don't really believe in abortion, but I do believe in decent birth control and sex ed classes in school, which these candidates will do, and that will help. ut yeah. My parents raised me to look at ALL the issues, not just that one.

The only decent response to a pro-life stance that I've heard so far is, "what exactly will the next president be able to do about abortion being legal?" - and that is sadly not very much.

I still have a lot of research to do, so I can't yet definitively speak on my opinion about the other issues. However, in the last election, as in this one tentatively, I have held your same stance: Holding legalized abortion as the most important issue. Of course that is not saying these many other issues are not important, only that the most vulnerable human being is one who has not yet even had a breath of air.

"what exactly will the next president be able to do about abortion being legal?"

how about appoint justices to the supreme court, for starters.

the primary issue is one of 'weight' or 'gravitas'. i believe most of us are not one issue voters - i believe we 'weigh' carefully our considerations.

I am a disillusioned Republican whose conscience probably won't let me vote for Obama. Maybe I'll just stay home on election day.
Probably not, though; my Mom would roll over in her grave. She tried to impress on us the citizen's duty to vote, and in fact voted on an absentee ballot on her deathbed. I do wish, however, that the Democratic party hadn't decided to be on the wrong side of just about every right-to-life issue. Because I really think we need a change.

melody,
i wouldn't be surprised there as many republicans today who used to be democrats for issue reasons - planks in their platform that we could not tolerate.
and likewise i see many republicans who want to see some changes in social justice issues and have jumped across the aisle to the dems for those reasons [but have left their 'weights & measures' at home.

here in Australia we have no choice. If you don't vote, you get fined.

I read an article recently that said we need to vote for the good of the country rather than the good of me.

Abortion most certainly isn't good for the country.