There were a lot of things that were not right in the unfolding of these vignettes. Like many things, though, you sometimes don't spot them except with hindsight. Then it is usually too late to change things.

The next two weeks were spent living in our Detroit Headquarters. I was constantly on the phone trying to resurrect expired Government contracts. It was no easy matter. Most were either expired by a seeming 'lack of interest' on our part, or canceled 'for cause'. 'For Cause' meant we screwed-up somehow. I was now trying to convince rigid government underlings that we would do a very good job the next time - if there was a next time. Part of my spiel was that we had new owners who were very interested in, and committed to, serving our government. 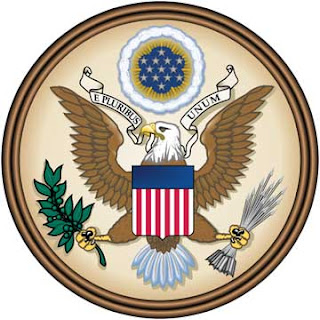 My job also involved convincing our operations people that this was priority freight. If any of our branch locations was tendered freight by any government entity, it must be handled, and must be handled efficiently and expeditiously. They already had their hands full trying to meet other expectations of various sales managers from around the company. All of them were under the gun from headquarters to generate more revenue by soliciting and moving more freight.

Everyone was getting a lot of pressure and 'intimidation' by the new guys. It was beginning to take its toll on a lot of people. Long hours, and long days on the road away from home were becoming the norm for most of us.

Two weeks after the meeting at which I was given the charge to reestablish the 'lost' government business of our company, we had another meeting. This one was attended by all the players from that previous gathering. We each had to report on our successes. The higher ups seemed to have little tolerance for non-success reports. Individuals presenting reports with little to show for the past two weeks were summarily castigated in front of everyone present. The message spread quickly through-out the ranks: succeed, or lie real good.

For my part, while we were not actually handling any government freight, yet, I reported on the successful reestablishment of a number of government contracts. I also reported on my efforts with operations people in various of our branches. I reported how they were gearing-up to handle this renewed and soon to be tendered business.

I concluded, waiting for the shoe to fall and the screaming to start - yes, I said screaming. Our CEO had developed a reputation for 'screaming fits'. Instead, I felt the grip of this strong hand on my left shoulder. I looked up and saw the face of the man from the corner. He bent low and spoke in my ear. In those few seconds between feeling the grip of his hand on my left shoulder and looking up and seeing his face, I swear I broke into a sweat. He said something like, "Nice report ... keep up the good work." He returned to his seat in the corner...and I filled my drawers. Well, not really, but I could have. 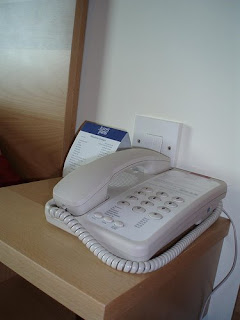 Oh, the screaming fits. The first one I experienced was during that time I was 'living' in our Detroit Headquarters. They had a group of us who were from out of town holed-up in a hotel nearby. One night, a little after 3am, my room phone rang. The voice on the other end was Mr. B. himself. The words he spoke were distinct and certain. "There will be a sales meeting in the Conference Room in one hour - be there!"

As I struggled to make some sense of this nightmare I was sure I was having, I suddenly realized it was the real thing. I brushed my teeth, combed my hair, put on my suit and tie and headed out to find someplace between the hotel and the office to grab a strong cup of coffee. As I came through the hotel lobby I met several compatriots. They were all comparing stories of similar nightmares.

We all made it to the Headquarters Conference Room on time. We were all a little on edge as to what was about to happen. It didn't take long to find out.

He entered the room, followed by the guy who always sat in the corner. He began a tirade about how slowly our company revenues were increasing. He was almost literally having a fit. He appeared to be, quite honestly, 'stoned'. When he started throwing things across the room, the man in the corner rose, moved to him, took him by the arm and quickly escorted him from the room. The man in the room who bore the title of President of Operations rose. He said he was 'sorry' for what had happened. He also suggested that what had happened here not be talked about ... among ourselves or with others.

He said we were all to leave ... go home, or back to the hotel ... get some sleep. Then he said we needed to be back on our job, whatever capacity that was, by 11am. If we were people who normally had appointments with customers or vendors, we should be sure to keep any appointments we had already made for that day. Also, we were to take Mr. B.'s comments seriously. We needed to increase company revenues more quickly.

The pressure continued. Some few weeks after the report meeting mentioned above - the one where Mr. Corner Guy gave me a passing grade, we all received word about one of the local sales reps - Timmy O'Reilly. A real leprecaun of a guy. Well liked by everyone. Well known around the trucking business in southeastern Michigan.

He apparently was taking a lot of 'heat' from the new cadre. On this particular morning he was getting ready to make scheduled sales calls across the river in Windsor, Ontario. He was at a gas station refueling his company owned car, when he had a heart attack, and died there on the ground next to his car. His wife and family all immediately began blaming the stress he had been experiencing at work...and so were a lot of other people in our company. The lines were beginning to form in opposition to the intimidation and pressure everyone was feeling. Some quit and went elsewhere. Some thought they could fight back some way. Some of us just kept doing our job as best we could in hopes that this nightmare would soon end. 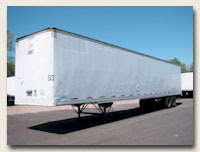 otice some irregularities in the way things were being done. Some people in our accounting department were whispering about new 53-foot semi trailers that had been ordered. They had seen the purchase orders. They had seen the checks go out to pay for this new equipment. No one could find where any new trailers were being delivered to any of our branches anywhere. We were becoming guarded in our conversations. We were becoming watchful in the goings on of the company.

In the mean time, our Vice President of Sales for the Western Region called me and said he had an idea. He asked me to meet him tomorrow at our terminal in northwest INdiana. Dutifully, I left home early [home was a place where I did actually get to go occasionally], and appeared at our northwest INdiana terminal at 9am, as requested.

Is there a problem?
You don't like my story?
You are being watched, you know.

i agree with Adoro

Uncle Jim ~ I LOVE your stories, and you KNOW it! ROFL! Come one, it's WEEKS later now and nothing new? Come one, more more more!

keep it up jimmy,,,nice job and nicely executed
Cash Online Get Easy cash at your door step