meet the family -
I mean "THE" family 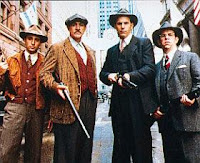 series. If it had been promoted as "based on real events", I doubt anyone would have bought it. Although, I've learned that reality sometimes resembles and often times out-surprises fiction.

In January of that year I had passed my 19th year of service with the company, a mid-sized interstate trucking company headquartered in Detroit.

It was now June, and I was facing yet another Company announcement - THE COMPANY HAD BEEN SOLD...again.
The sale of trucking companies is fairly common. Many are privately held businesses with aging owners who are ready to sell them and 'go fishing'. Another reason to buy a trucking company is to get access to the customer base and grow your existing enterprise. These are common and legitimate reasons. The company I worked for was bought and sold seven times while I worked for them. Counting the original owner and founder, I worked under a total of eight owners.
As with most acquisitions, the new owners come in with their own agenda and their own way of doing things. Change is inevitable. Much of that change is in terms of which of the acquired employees will be kept. Through all of those changes in ownership, I survived. I don't know if it was because I was very good at what I did, or because I was grossly underpaid.
None-the-less, through all those gyrations of change, I never got used to it. The first couple of months seemed to be directionless. Keep doing what you're doing, just do more of it. The new owners and their crew seemed to be throwing around a lot of money - big dinners with major customers 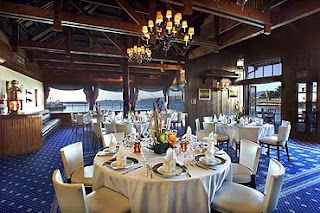 - luncheons and conferences with union leaders - they even had food delivered to the drivers' break room regularly. They were trying to win everyone over with a message of, "growth is good for all of us, and we're going to grow."
Some items of note: the holding company which the new owners operated was based in NJ. The new leased company cars we were assigned were from a leasing company in NJ. The last names of these new people that came in to run 'our' company all ended in vowels. Some of the people that were now walking the hallways of our Corporate Headquarters had an noticeable 'bulge' under the left arm-pit of their suit coat. Some of them had a very distinctive and blended NJ / Italian accent.
But, hey! I'm not prejudiced or nuttin - my wife's mother was first-generation Sicilian; my wife's maternal grand parents were from Palermo, Sicily; my mother-in-law's brothers and my wife's cousins looked like and sounded like these guys. It was like meetin' wit more of 'THE' Family ... only my wife's relatives were all from Chicago, not NJ.
I digressed. Sorry.

At about the two month anniversary of the 'take-over', things started jumpin'. I was in Milwaukee, WI. I had several appointments scheduled that day. Two were with existing customers, and one was with a potential new customer. I met with the first mid-morning, a brewery of some size and reputation. It was a routine generic 'keep in touch' kind of meeting. 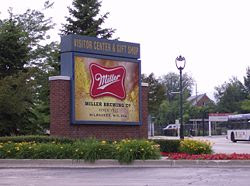 I had an hour to kill before my next appointment. This was in the days before we all carried pagers or cell-phones. The routine was that you called your office 3 or 4 times a day to get messages and field questions from whomever. That meant finding a pay-phone somewhere and making the call. I found a phone and made my call.
- - - - - - - - - -
Her: "Where are you?"

Her: "Call Detroit headquarters and talk to Mr. Bxxxxxxxx."

Mr. Bxxxxxxxxxx was the new CEO - the big cheese - the big kahuna - the top dog. In two months time he had proven that he had a silvery tongue ... he could talk almost anyone into or out of almost anything [including Teamster Union Officials - but, I'll save that for later]. Then he could turn around and cuss you and demean you and question your manhood and make you feel like a worthless piece of xxxx - without ever taking a breath or blinking an eye. A real expert in the use of words. That day he was fairly calm ... but emphatic.
- - - - - - - - - -
He: "Where are you?"

He: "How far are you from our terminal in northwest IN?"

Me: "In driving time, probably about 3 hours...gotta go right through the heart of Chicago."

He: "You need to get down there right away. Your new boss is there waiting for you."

He: "Our new Vice President of Sales for the Western Region."

Me: "I've got a lunch appointment scheduled with a potential new customer."

I didn't even know we had a Western Region ... but hey, it's their company.