There were a lot of things that were not right in the unfolding of these vignettes. Like many things, though, you sometimes don't spot them except with hindsight. Then it is usually too late to change things.
- - - - - - - - - -
The NW Indiana terminal had not been on my itinerary much in the past month or so. Much of my time had been on the road and at the company headquarters in Detroit.

But that was then and this was now. My task at hand was to meet our Vice President of Sales for the Western region. He had an idea that he hoped would interject a good strong flow of new business into the company. If it was successful, he'd get a feather in his hat. As goes the saying, "You help me, I owe you - I help you, you owe me." It was always a two way exchange - I'm not sure what happened to those who did not help him.

Promptness was measured on his time piece, not mine. So, while I got to visit with old friends, he got to take his time getting to his 9am appointment with me. Time was often only an illusion any way - the nature of getting things done sometimes ignores time pieces. 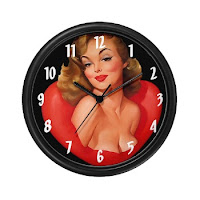 Around 10:10am he made his appearance. He "had some business to take care of" was always his response to the unasked question. Today he was all business. Undoubtedly, at least in my mind, he was really getting some heavy pressure from above.

Questions started filling the conversation - questions about the company's network of Agents. How many did we have? How much revenue did they produce? How did we acquire them? How do we pay them? Did they really control a lot of business? Did we have any in the area with whom he could meet and talk? Who in the company controlled them or to whom did they report? And on and on and on...

By the time we covered these questions to some degree, it was time to go to lunch and continue the discussion. Unlike most working lunches with him, this was not going to be at some nice place on the south side of Chicago. He wanted to go someplace where we would be close to some local Agents. When we were finished talking over lunch, he wanted to visit Agents.

The vast majority of these freight brokerage agencies are located in proximity to major truck-stops. This is where you find the Independent Owner-Operator trucks drivers that are the bread & butter of these agents. In the greater Chicago area, there are many, many truck-stops ... and many, many, many freight brokers and agents. Man 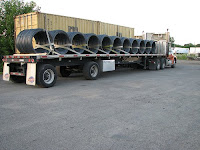 y of them specialize in the types of freight they handle.

We ate in the drivers dining area of the truck-stop. It was a new experience for him. For me, I'd done it hundreds of times. My family used to get tired of eating at truck-stops when we were on vacation, or traveling - I knew them all and knew where the best, and least expensive, meals could be found.

The next stop was with some agents that had agreements with our company. He wanted to know the "what, why, when, where and how" of their business ... and what did we have to do to get more of it?

Later that afternoon we returned to the company terminal. He was sure we could achieve the goals for which we were shooting. ALL it would take is to get someone in our company, somebody higher-up, to focus on this segment of our business, someone of titl

e [he felt agents liked to be catered to by higher -ups ... kind of an ego thing - it made them feel more important], someone who would have the authority to correct the weaknesses and short-comings in our agent program, which several agents made clear to us were significant.

Shortly after talking this through with me, he was on the phone to Mr. Bxxxxxxxx in Detroit. He made an appointment to see him the next day to make his pitch. He felt he now knew enough about how the agency network worked.

Of course, he needed me to go with him ... absolutely the person highest on my list of people I wanted to meet with - our CEO, Mr. Bxxxxxxxx. This whole concept of "you help me - I owe you; I help you - you owe me" - was beginning to take me into stranger territories.

Experience taught me that when I leave home, 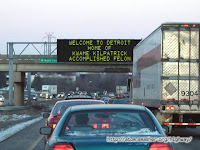 even for a one-day out-and-back trip, pack for at least 3 days. I was now headed for Detroit. Get a hotel room, sleep a little, meet my Vice President of Sales for the Western Region at headquarters at 2:30pm the next day.

nicely said bt you dont get a second..chance every time
dont you agree
Cash Online Get Easy cash at your door step

Agreed ... not at every bad choice.

We don't always recognize or acknowledge that we made a bad choice.

Once we see it, we most times have a chance to make a different choice.

BUT, as you note, not always.